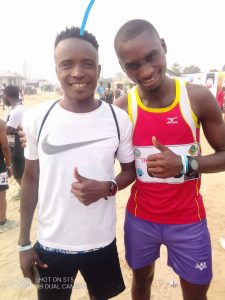 Breathing hard after breasting the tape amid cheers from the waiting crowd at the end of the Lekki 10km Road Race leg of Community Marathon Series which began in FESTAC last year, Ismael Sadjo knew he had made a history as the first male athlete to win the series back-to back.

With a wide smile across his face, he knew the weeks of training for the race was not in vain afterall.

The Cross River based athlete who won a medal at the 2020 Edo National Sports Festival was glad he has added another medal to his cabinet but this time, with a cash prize of one million naira.

‘I’m happy for winning again.  It wasn’t easy but with hard work, I was able to do it again’ he said.

Just like it was in the  Male Category,  Joy Abiye David of Ondo State also followed suit, picking up from where she left off last October at the Festac leg. 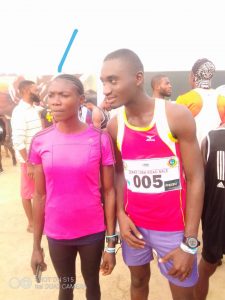 She claimed the ultimate prize of one million naira in the Female Category with a time of 35 minutes 24 seconds, while the 2nd and third position went to the duo of Rose Akusho and Patience Mwanvwan of Plateau State.

The race which featured over 700 athletes as well as running clubs from all over the Country,  was keenly contested from the start of the event uptill the closing stages.

Some of the athletes who suffered exhaustion during and after the race,were given medical attention by Euracare Wellness Centre and Dove heights.

Project director of the Marathon Series, Moses Nwanze, commended all the athletes who registered for the  Lekki 10km Road race, he also had good words for those who competed in the non-competitive Category.

According to him the event experienced some hitch prior to the commencement of the race, due to some vendor’s who couldn’t deliver some essentials needed for the event on time.

Observers were not onlying there to cheer as they were presented with opportunities to win something for themselves through the raffle draw.

Overall, the January 29 Community Marathon Series has etched itself as a race held in the highbrow area of Lekki in Lagos State while contributingto the Wellness of the people.

The date for the next Community Marathon Series tagged Asaba 10km Road race would be announced soon. 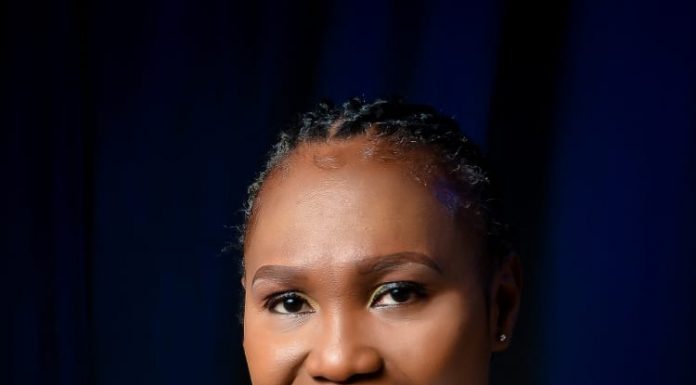