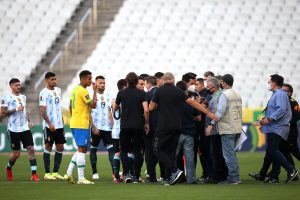 Brazil and Argentina will not replay their abandoned men’s World Cup qualifier, following an agreement between FIFA and both countries’ national governing bodies.

Both countries are considered two of the world’s leading football nations, with Brazil having won the FIFA World Cup a record five times and arch-rivals Argentina lifting the trophy twice.

They both easily qualified for this year’s Qatar 2022 World Cup in first and second place, respectively, in the South American Football Confederation round robin.

FIFA had originally ordered Brazil and Argentina to replay their abandoned qualifier in what would have been a dead rubber, which drew objections from the Brazilian Football Confederation (CBF) and the Argentine Football Association (AFA).

This had been due to take place on September 22, but a deal reached between the CBF, AFA and FIFA to avoid a replay has been ratified by the Court of Arbitration for Sport.

The CBF and AFA were also fined after the FIFA Disciplinary Committee found “several deficiencies of the parties involved”.

“AFA would like to thank FIFA for their willingness and availability to resolve this issue under these very specific circumstances and in a short period of time,” its statement concluded.

The CBF has arranged friendlies against Ghana and Tunisia, two of the five African teams who qualified for the World Cup, to be held in Europe on September 23 and 27 respectively.

The AFA said it plans to arrange a friendly match instead of the meaningless qualifier against Brazil to assist with its preparations for the World Cup.

Brazil have been drawn in Group G against Serbia, Switzerland and Cameroon at Qatar 2022, with Argentina in Group C taking on Saudi Arabia, Mexico and Poland.

Qatar 2022 is due to run from November 20 until December 18, following a recent rescheduling to allow Qatar to open the tournament against Ecuador, rather than Senegal against The Netherlands as originally planned.

The staging of the World Cup in Qatar has been mired in controversy, with the bid process that concluded in December 2010 disputed, concerns expressed over the host nation’s human rights record, and the tournament moved to the northern hemisphere’s winter for the first time due to the heat and humidity. 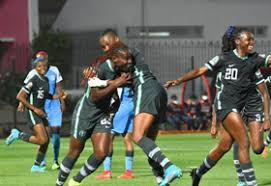 More than 16,000 pieces of equipment used at Birmingham 2022 offered to community groups

Motorsport, cricket and karate among nine sports on shortlist for Los Angeles 2028 inclusion