Mercy Adekuoroye – younger sister of 2-time Commonwealth champion Odunayo has wowed watchers of the ongoing Gov. Diri Classics after she recorded an impressive result to win the gold medal in the 53kg category  Women Wrestling and Freestyle in Yenagoa on Sunday.

After edging a keenly contested battle with her training partner and 1-time African champion Bose Samuel 5-4 in the qualifying round, the former African cadet champion became the favourite for gold, and she didn’t disappoint. The youngster from Ondo state thrashed Team Bayelsa’s Tarilayefa Bekefula 10-0 via technical superiority in the final to land gold.

“I feel great, and all thanks to God Almighty, my coach (Purity Akuh) and my sister (Odunayo Adekuoroye),” she said after her victory. “I feel very excited.

“It wasn’t easy, especially against Bose Samuel because we train together and understand each other very well.”

She added: “I am looking forward to winning gold at the African championship and Commonwealth Games later this year.”

On a fruitful day for Team Ondo in Women Wrestling, Favour Bankole and Adekoye Jumoke also won gold in the 59kg and 55kg weight classes respectively.

In a related development, Ozioma Joseph (Team Delta) settled for silver in the 55kg category, while the bronze went to Mary Ayeloh (Bayelsa) and Susan Tesenongo (Benue State).

In a very tough finale, Richard Seitonkumo of Team Bayelsa prevailed 5-0 against Boluwaji Akinniwesi of Team Oyo to win gold in the 61kg class, with the bronze medal going to Aleson Amaikuro of Nigeria Security and Civil Defence Corp (NSCDC).

Veteran Samson Clarkson of Team Bayelsa dug deep and brought his experience to bare in his 4-2 win against youthful and exciting Ebi Andrew of Dynamite Club to clinch gold in the 70kg category, while Peremobowei Ebimowei (Atula Club) and Richard Eridau (Delta State) shared the bronze medal.

In the 125kg class, Benson Progress landed another gold for the hosts after round-robin wins against Isah Umar of NSCDC and Livingstone Sambo of Ogbia Club.

However, Delta State’s Timipa Bellog stopped the hosts from a clean sweep of gold on Day 3, after he claimed the top prize in the 79kg category, following round-robin wins in the weight class. Newlife Ebikeme of Team Bayelsa settled for silver.

Action continues at the tournament this Monday, 2 May, with bouts in Women Wrestling and Freestyle events lined up. 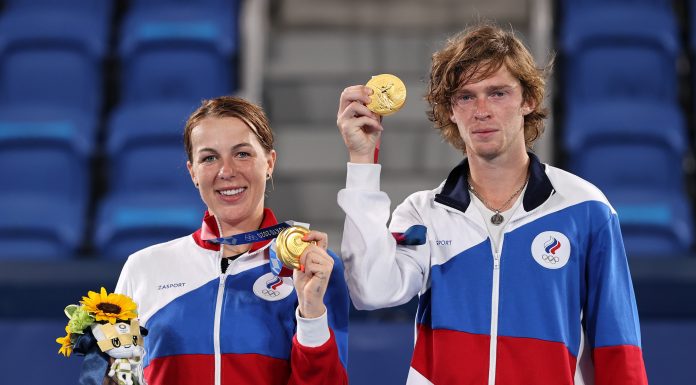