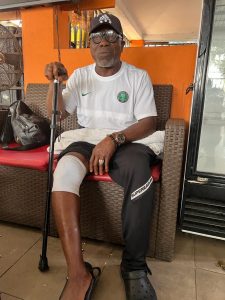 In an extensive interview with Sportsville from his hospital bed Etim” who had a knee ligament replacement surgery after several months of agonizing pains and difficulty to walk, said his operation wouldn’t have been possible without the intervention of the NFF boss and FIFA council member Amaju Pinnick.

” I thank God I had a successful surgery here at the HTS Trauma And Surgery Center Oniru Lagos. Though this wouldn’t have been possible without the support of Amaju Pinnick who picked up the bills.

” Moving around was a major challenge for me because of my fractured left knee. I have been struggling to live with the pains and frustration due to my inability to do anything meaningful by myself.

” The issue has kept me down for over two years and things aggravated few months ago when I was no longer able to move my left leg unaided. 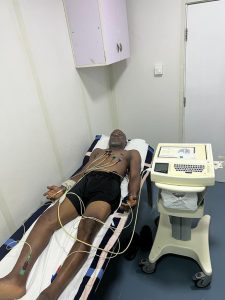 ” When the Doctors told me I would have to go through surgery and the amount of money involved, I reached out to several persons who I thought could be of help but to no avail.

” Amaju’s intervention has truly brought succor to me and my entire household and we are truly grateful. I wish to use this medium to ask my friends, the football family and every well meaning Nigerians to join me in appreciating the NFF boss for his benevolence and magnanimity.

” Though I am still at the hospital, but steadily recuperating as the doctors have assured me all is well and I should be back on my feet in no distance time.

” Amaju has paid my hospital bills, but whatever support I could get at this point will further help to speed up my recovery process. 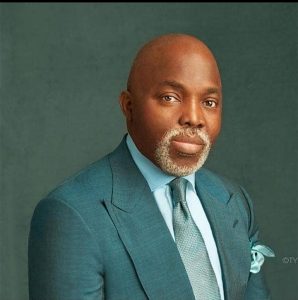 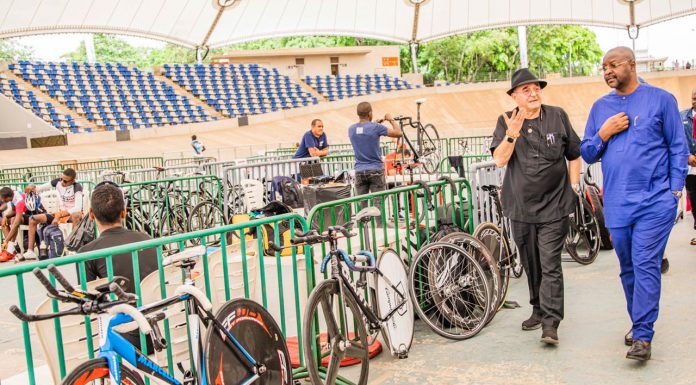