The Nigeria Olympic Committee (NOC) has set the date for its elective congress that will see the election of a new board.

A new executive committee for the Nigeria Olympics Committee (NOC) will be elected in Jalingo, Taraba state capital on December 15th, 2022.

This was part of the resolution of the NOC after its meeting in Abuja on Wednesday, where the new NOC Board of Trustees was inaugurated at the Liaison Office.

All delegates are excepted to arrive Jalingo on December 14th while departure is slated for the next day.

The President, Nigeria Olympic Committee, Engineer Habu Ahmed Gumel urged the newly inaugurated members to act in a such manner that will assist the NOC in achieving its set goals and objectives. Gumel added that the NOC had put in place the process of appointing the Trustees but due to knotty issue that has now been resolved with the Corporate Affairs Commission(CAC) before final approval was granted.

Gumel urged the Trustees to comply with NOC’s relevant laws, rules and regulation in force in the country as well as the Olympic charter.

Also, the Trustees among many others duties, are to guide the NOC in making prudent and revenue generating investments and equally uphold high standards in protecting the assets of the committee.

Their inauguration follows the demise of five former Trustees members who has passed on to glory, they are Alhaji Raheem Adejumo, May Gen Henry Adefope, Pa Oyebola Jolaosho, Apostle Hayford Alile and Dr. Simi Johnson.

Several key stakeholders with majority of the federation presidents, representatives of the Ministry of Youth and Sports Development led by Alhaji Abba Yola who represented the Honourable Sports Minister were present at the brief and colourful ceremony. 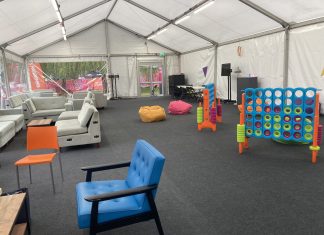 Admin - July 22, 2022
0
Birmingham 2022 organisers insist they are ready to welcome athletes here despite being faced with a "quick turnaround" to get accommodation in place for...

NFF: We have no issues with Coach José Peseiro 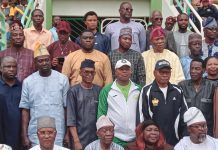 Taking Charge Of Ogun State Scrabble Association Is A Call To... 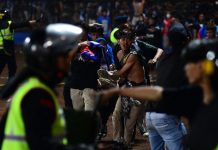 At Least 125 Dead After Crush At Indonesian Football Derby 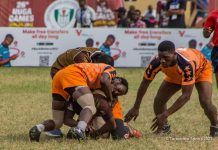