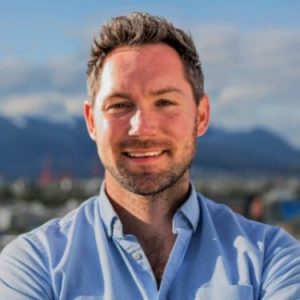 The International Olympic Committee (IOC)’s head of marketing is leaving for the high-octane world of Premier League football.

It has been reported that Matt McKie is transferring to Manchester United, winner of the Premier League title eight times in its first 11 seasons, but now struggling to regain its previous dominance.

According to Adweek, McKie will slot in as director of consumer marketing for the Old Trafford club, now showing distinct signs of on-field improvement under new manager Erik ten Hag.

The former Nike and EA Sports executive confirmed his departure from Lausanne in a LinkedIn post, stating: “This week was my last with the Olympics.”

He went on: “To call it a career highlight is an understatement, because this felt so much bigger than a job.

“The Rings have a magnetic power…

“I’m bottling some of that Olympic spirit and taking it with me back into the world of football.”

McKie’s time with the IOC was relatively short, commencing only in January 2021.

But the COVID pandemic ensured that this covered two editions of the Games: the delayed Tokyo 2020 Summer Olympics, followed closely by the Beijing 2022 Winter Games.

At Nike, McKie was the football brand director for the sports footwear, equipment and apparel group.

Manchester United last won the Premier League title almost a decade ago, in 2012-2013, since when local rivals Manchester City have scooped the trophy five times.

After opening the new league campaign with defeats at the hands of Brighton and Hove Albion and Brentford respectively, the so-called Red Devils have turned things around, stringing together four consecutive victories, including wins over Liverpool and top-of-the-table Arsenal.

Antony dos Santos, a Brazilian who is one of a number of new signings, scored the opening goal against Arsenal and could have the makings of a major asset for the club’s football and marketing teams alike.

NFF: We have no issues with Coach José Peseiro

Admin - November 4, 2022
0
The General Secretary of Nigeria Football Federation, Dr. Mohammed Sanusi has decried the speculations, innuendoes and outright falsehoods over the relationship between NFF and... 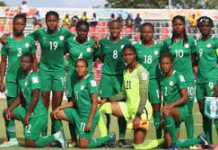 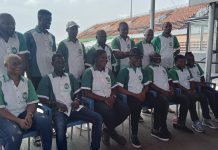 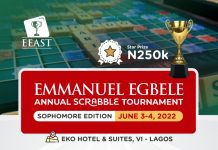 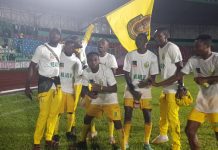