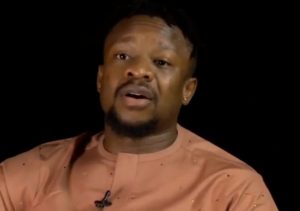 Super Eagles midfielder Ogenyi Onazi has revealed that he still cannot believe that the Super Eagles will not be at the Qatar 2022 World Cup which begins in November.

The former Lazio of Italy midfield enforcer paid a visit to Sportsville recently and we took time to take him on different issues on his career, the Super Eagles and new coach Jose Paseiro. 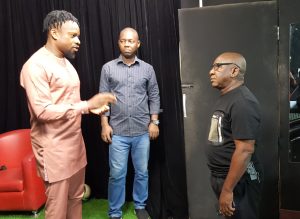 Sportsville: We want to welcome you to sportsville. We appreciate you taking time to come to us.

Sportsville: How did you get to playing football?

Onazi: Yeah, I don’t know anybody else. I was just playing my football so when my dad realised because he knew that I was going out of the house everyday, 6:00 AM for this trials for almost a month and he was thinking everything was going to be OK. When he heard that I didn’t sign for Mighty Jets. He said, “are you not wasting your time?
I’ve told you football is not for you. You better go and take your certificate and go to school because everybody who is on the street will tell me your son wasn’t signed on by Mighty Jet and all that. ”
He said this is embarrassing. You know that I don’t even like football and now you have making more embarrassment so.

I was very, very sad about that, but never gave up. I was still pushing and all that so, but then everything turned out to be good. My dad watched me for the first time in his life. I think he was watching football. He watched me in 2009 when we we started the World Cup. He was even surprised to hear my name on the final list when his brother called him and said. “OK, he said they’re having a match tomorrow by 9, so you can be able to see if he’s your son or not.”

So when we were singing the national anthem and they saw me, he said Wow!

He didn’t support this boy.
When he was playing football and now.
He’s playing for the national team, so.

It’s just a mixed feeling and he regretted why he stopped me at that point. But then, maybe this is how God wants it. 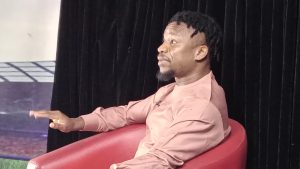 Sportsville: How would you describe the just completed season in the Saudi Arabian League?

Onazi: It’s a very, very tough season and before leaving for Saudi Arabia, it was already six months to the end of the season. You know, before I got the visa to get to Saudi Arabia, it was something very difficult as well. And because corona virus was still very high and they were trying to take all measures to make sure that they curtail the the virus. Then I think I waited for almost a month plus to get to Saudi Arabia.
You know, people always think that because it’s Saudi Arabia you just think that you can just go there and dribble everybody. But man, the football is a different ball game entirely. One of the difficult leagues I’ve played in and secondly, the objective there was because I left Denizlispor in Turkey due to financial issues on wages, unpaid bonuses, a lot of outstanding payments.

This money I don’t know where it’s gonna come from because of course, the team was obviously struggling to pay this debt, and inasmuch as we’ve had an agreement before going there that they were going to do that. But they didn’t come through and I didn’t see any headway, so I had to terminate the contract and then leave the rest for my lawyers. And then I went to Saudi Arabia. Reason why I went there is because the team is looking for opportunity to go to the Super League and they are in the position to do that. I think when I went there, they were about third position or so. I did all I can to make sure that the team get this promotion. My objective has been accomplished, so it’s really good for me.

Sportsville: Do you feel you could still play for some top leagues, especially in mainstream Europe?

Yeah, of course I can still play. Even now I can still play, but as at that point in time, it was a very short period that I discovered these issues I have with the club Denizlispor. So, instead of me to sit down at home for six months, it’s better to go somewhere to be active.

That is just the reason why I went to Saudi Arabia, not because of any reason. It’s just to be active and to see that I’m just active playing. I didn’t know that it’s even a very, very competitive league to play in.

Sportsville: The transfer window is open. Are you open to any move as we speak?

Onazi: Of course, of course, yeah, we are waiting there. There are offers coming in, but we have a lot of time so you just need to weigh the options and see which place is going to be better and will be suitable for me to go to.

Sportsville: Opinion is that with the quality you possesses, you should at least give English Premier League a shot or even the championship?

Onazi: Of course, the options are open for me. As you know, football is my life and this is what I do, and so I don’t play with my training routines and my fitness level. So I’m ready for any options that is coming up for me now. 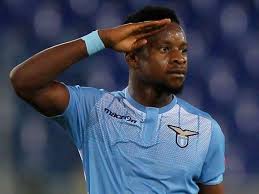 Sportsville: How was your performances and your time with Italian Serie A club Lazio? How will you describe that experience?

Onazi: Oh well, there are periods that you know we can never forget because those periods are times that we really achieved a lot. And then for me it’s a very, very important level in football when you get to such kind of level, you just need to maintain that spirit and then make sure you get what you need to get at that point in time, and that is exactly what I did and I am really happy with such achievements.

Onazi: Personally, I was contacted by the coach Austin Eguaveon and I was supposed to be with the team. As you can see I was shortlisted in the team and there was too much controversies. So many people just begin to talk because of course, there is social media for people to just sit down at home, begin to write whatever they think and all that. Football is not like that and as you all know.

Sportsville: What do you think could be ascribed to the Super Eagles failure to qualify for the World Cup? 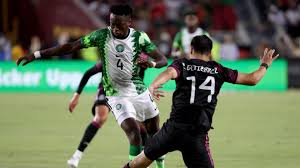 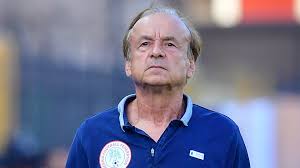 I will say it because I’m always straight. That is why for sure Gernot Rohr don’t like me because I always tell him things straight. If somebody was called maybe like two weeks before the national team he scored two goals some journalists will begin to write about these guys before you know what, he’s invited into the nationality and guess what? He would come to the national team, he will not play and they will send you go back. You will never hear about that player again. You need to have a principle. If you want to make a change, make a change that will make people to be hungry to play for the national national team. They don’t care you win the game or not you know then everybody goes. It’s not like that. When I came to the national team, when we have the likes of Vincent Enyeama, Ambrose Efe and Joseph Yobo and the likes. You see players who are mature and people who you respect. When they say dinner is 8 O’clock, we are there like 6:30, 7 am max! You don’t believe, this is what we are talking about.

Sportsville: The rebuilding process has started under new coach Jose Paseiro. Let’s look at the new feel around the team which scored 10 goals for the first time in sixty years against your Sao Tome and Principe in the 2023 Afcon Qualifiers. How would you how would you describe the performances around the team in the first four games played by the Super Eagles under the Portuguese? Do you also factor yourself into his plans going forward? 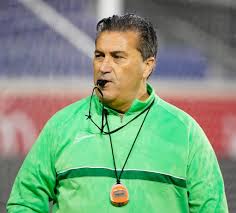 Onazi: I think it’s is a good start for him. He’s started with a very good tempo and he’s taking the bars very high. And what I’m praying for is that he maintains that same level. He is very good coach, experienced coach and he wants to make really good changes from what I had. I heard he’s a very disciplined and all that. I’ve not seen it. If opportunity comes for me to work with him. Why not? I will do that gladly because this is my country. Whenever they call me I will always answer and I just pray that everything that he’s doing, we just maintain that same level and I will also advise that he should always keep that discipline and that principle he has in the team has done well. Of course, if the team could score 20 that’s good because in football now the only way you can be respected is only when you meet a team like this. 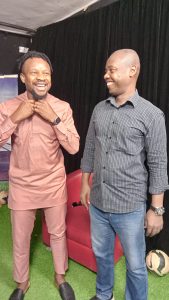 Sportsville: Do you still have what it takes to play for the Super Eagles under new coach Paseiro?

For sure 100%. I don’t know if I go to the national team today the coach will say Onazi start for me 100% but for sure I think as far as it’s football and what I know that there’s no way I can go back and cannot start to play football right now. Because I’m wondering, I have no issues whatsoever and I’m training good. When the opportunity comes I will take it. 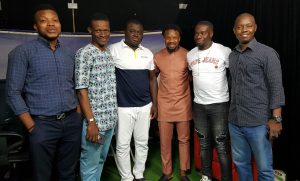 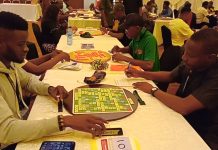 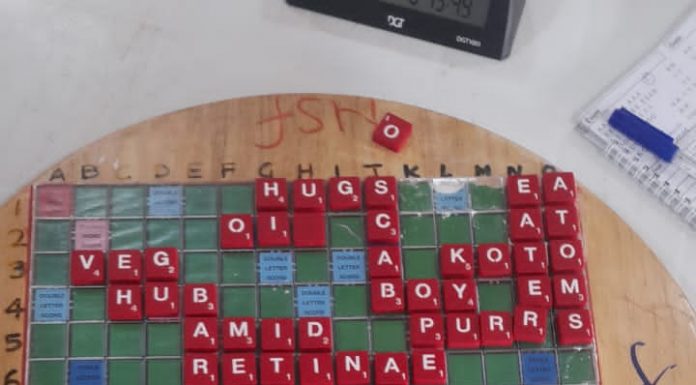 Chicken And Chips – The Order Of Day In Birmingham

Team Nigeria, Others For Covid19 Test At C’wealth Games