The Nigeria Football Federation (NFF) has been sanctioned and fined 64 million naira by FIFA over the crowd incident that happened after the 2022 World Cup Playoffs against Ghana in March.
The world body also ordered the next Super Eagles home game to be played behind closed doors.
Angry fans who thronged the 60, 000 capacity Moshood Abiola National Stadium,  invaded the pitch after the Super Eagles failed to secure a ticket on away-goal rule when the match ended 1-1 against rivals Ghana who played a barren draw three days earlier in Kumasi. 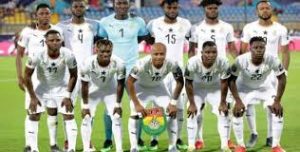 FIFA statement was contained on a list breaches observed during thr last leg of the qualifiers across venues in the different confederations.
It cited a breach of Article 16 of its Disciplinary Code on Order and Security at match venues by the NFF as it failed to provide safety and order.
“Order and security at matches (failure to implement existing safety rules and failure
to ensure that law and order are maintained in the stadium, invasion of the field of
play and throwing of objects). citing art. 16 FDC” 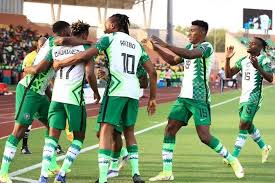 Subsequently, a fine of CHF 150,000 which translates to 64 million naira was slammed on the Amaju Pinnick led NFF while it also ordered that the next home match of the Eagles must be played without spectators. 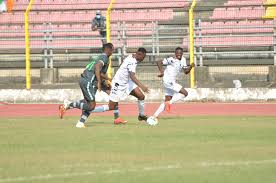 Tayo Ogunseye - May 8, 2022
0
8 The Flying Eagles on Sunday defeated their Ghanaian counterparts 2-0 in the opening match of Group B of the WAFU B U20 Championship in... 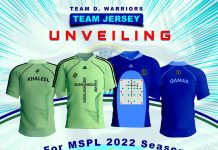 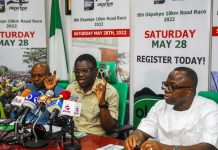