Nigeria Football Federation’s Appeals Committee Chairman Eddy Mark has revealed that the body wasn’t placed under any pressure to decide the Nigeria Professional Football League Matchday 34 case involving Kano Pillars and Dakkada in favour of the Kano based club.

Sai Masu Gida had appealed the decision of the Disciplinary Committee which sanctioned the club for their conduct on Matchday 34 where the Assistant Referee (AR1) was assaulted by the now suspended chairman, Suraju Yahaya and the destruction of the video camera belonging to their opponents Dakkada FC in Kano. 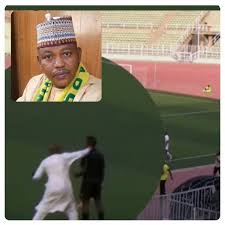 The Committee in it’s wisdom upheld the decision of the Displinary Committee which imposed a suspended 3 points deduction on Pillars.

Pillars were sanctioned earlier in the season for crowd trouble and we’re warned against bringing the game into disrepute with a suspended 3 points.

With the club hanging low on the league table and fighting for survival in relegation zone, there were insinuations that the committee could bend the rule in favour of the Northern club. 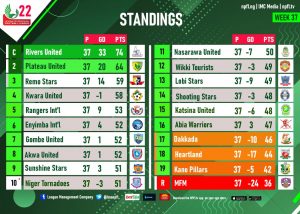 Mark who is a trained lawyer dismissed any thought that his committee was subject to pressure because of the influence Kano Pilars wield.

“As far as I can talk for myself, I don’t think there was any pressure. I have 33 years of service at the Bar. I’ve been doing this work since 2010. It’s about 12 years. I’m a former chairman of FA. I’ve also managed an academy, so there is no pressure to me in the sense that you wouldn’t do the right thing and the other members. I can also say one thing, the Members that were there, they are all accomplished members.”

“The matter is not about pressure, it’s about doing the right thing and I don’t think it’s an issue. But I got these rumours that they will do this, they will do that. They have this tand that. But The thing is that we have to develop a thick skin in all these type of rumours we are hearing because once.

“No difficulty in it now. It’s just like any other matter. The rules are clear ” he declared.

“It’s not because of a name of a club that maybe, if it is Remo Stars that is involved then you think they’re a lesser club, no.
The question is that: what if that attack they did disrupted the game? Those are the things you can’t answer it one word, or the other. They attack the AR. Few words that showed how he attacked the man, how he hit the man and the man felt that. So that is a disruption. This is what anybody who is who has insanity will know that this is a violent conduct.” 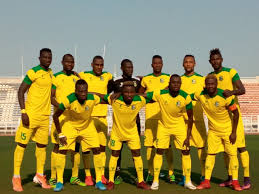 “So we look at. It wasn’t a difficult thing at all, but we know people. Think of where these people are. Big club or big man. That’s nothing like big club as far as the committee Appeals committee is concerned because the rules are for everybody.”

With the decision, Kano Pillars who have 42 points from 37 games are now relegated to the Nigeria National League as the final round of matches will be played this Sunday across all match venues simultaneously. 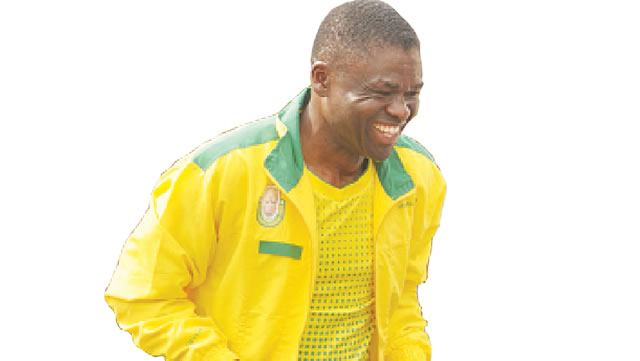