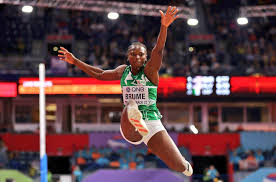 Fresh from winning silver at the World Indoors Championship in Belgrade in March, Olympic Games bronze medallist Ese Brume has been listed among the 53 players for the African Athletics Championship in Mauritius.

She is also one of the four reigning African champions, Tobiloba Amusan (100m hurdles) Chioma Onyekwere (Discus Throw) and Chukwuebuka Enekwechi (Shot Put) who top the list of 53 athletes that will represent Nigeria at the 22nd edition scheduled to hold between June 8 and 12, 2022 in Mauritius.

According to a release by the Athletics Federation of Nigeria (AFN), Amusan will be competing in two individual events and the 4x100m relay. She has been listed to compete in the women’s 100m alongside Godbless Tima Seikeseye and Praise Ofoku as well as in the 100m hurdles where she will be defending the title she first won in Asaba four years ago at the 21st edition of the Championships.

Shot Putter, Enekwechi will also be defending the event’s title he won in Asaba with a new 21.08m Championships record.

Also on the list are Orobosa Anabel Frank who is the top ranked African so far this year in the women’s Shot Put with her 17.21m effort at the AFN All Comers competition in Benin in March, Oyesade Olatoye in the women’s Hammer throw, Fadekemi Olude in the women’s 10km walk as well as Patience Okon George, bronze medal winner in the 400m event in 2014.

For the men, reigning African Games 100 champion, Raymond Ekevwo will lead Seye Ogunlewe and Nicholas Mabilo as Nigeria will be seeking to return to the podium as champions 12 long years after Olusoji Fasuba was crowned the African speed king for the third straight time.

AFN Technical Director, Samuel Onikeku says the athletes have been carefully selected based on their performances in both the local and international athletics circuit.

‘Some of our student athletes in the United States of America like Favour Ofili, Rosemary Chukwuma, Imaobong Nse Uko, Favour Ashe, Udodi Onwuzurike, Nathaniel Ezekiel, Alaba Akintola and Nnamdi Prosper have qualified for the 2022 NCAA Outdoor Championships scheduled to hold in Eugene, Oregon, USA between June 8 and 11, 2022 and will thus not be available for the African Athletics Championships hence the decision to pick the bulk of the team from athletes based at home,’ said Onikeku who assured the athletes selected will still do the nation proud in Mauritius.

Nigeria won a total of 20 medals made up of nine gold, five silver and six bronze medals to finish third in the medal table behind Kenya and South Africa at the 21st edition held in Asaba, Delta.

The country however tops the all-time medal table with a total of 368 medals made up of 155 gold, 122 silver and 91 bronze medals. 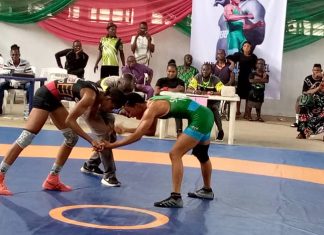 Admin - May 2, 2022
0
3   Mercy Adekuoroye - younger sister of 2-time Commonwealth champion Odunayo has wowed watchers of the ongoing Gov. Diri Classics after she recorded an impressive result to... 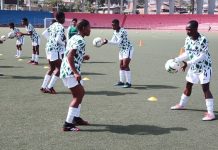 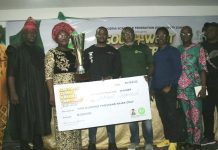 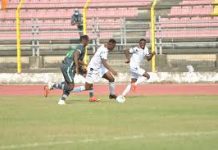