Despite gaining some ranking points at the WTT Singapore Smash, Quadri Aruna slide to the 14th spot in the latest ITTF ranking released on Tuesday, by the world table tennis ruling body.

Also, Edem Offiong who also featured at the Singapore Smash gained a step up to be ranked 98 in the world rating made available to the media by ITTF.

For finishing in the round of 32 of the Men’s Singles after a closed 3-1 lost to Olympic and World Champion Ma Long of China, Aruna amassed some ranking points but this did not prevent him from being displaced by Slovenia’s Darko Jorgic, China’s Wang Chuqin, and Germany’s Patrick Franziska.

Ranked 11th before the latest rating, the Nigerian still maintained his status as best rated African in the world while Egypt’s Omar Assar also dropped to 26 from 27 in the ranking.

Egypt’s Dina Meshref also held on to the top status in Africa despite dropping to 38 from 37 in the world ranking.

With the conclusion of the season opener, Singapore Smash 2022 at the weekend, China’s Fan Zhendong tightened his clutch on the world number No.1 spot while his compatriot Chen Meng reclaimed the top berth from Sun Yingsha following her victory in the women’s singles at the inaugural event.

Meanwhile, European players such as Slovenia’s Jorgic and Austria’s Sofia Polcanova record their career-best ranking after the big show in Singapore.

The 25-year-old impressed with his fightback in the tightly-contested men’s singles final in Singapore and his success sees his lead in the ranking stretch to 3794 points ahead of compatriot and familiar rival, Ma Long.

Fan Zhendong’s opponent in the semi-final, Japan’s Yukiya Uda, recorded the biggest ascent amongst the top 50 men’s ranking, climbing 20 spots and settling at the 29th spot after his victory over Germany’s Qiu Dang in the men’s singles quarterfinals. 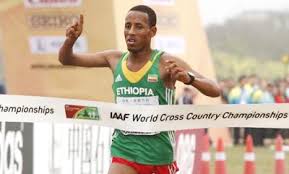 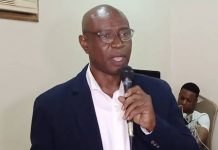 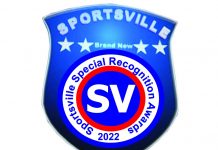 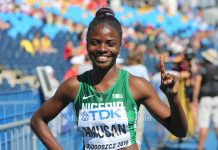